The Energy and Climate Change Secretary, Amber Rudd, has announced that the Government is changing its policy on renewable energy subsidies.

It will be reducing financial support to control costs for the Levy Control Framework. The Department of Energy & Climate Change states that the new and proposed measures will allow the Government greater control over spending and provide a better deal for consumers, whilst continuing to move towards a low-carbon economy. 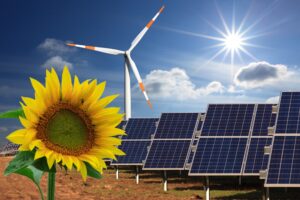 The policy changes include reduced financial support for solar PV, for the Renewables Obligation grandfathering policy and for Feed-in Tariff accreditation. As the support is currently primarily funded by subsidies paid for via energy bills, the changes are stated to protect consumers from higher energy bills.

What are including the new measures?

According to a press released, the new measures are:

The two consultations, on Solar PV and Feed-in Tariff accreditation, are covered in separate alerts in this newsletter, linked below. They close on 19 August and 2 September respectively.

‘Press release: Controlling the cost of renewable energy’, published on gov.uk/government/news on 22 July 2015.

In the October 25, 2019 issue of the Federal Register, the Department of the Interior, Bureau of Ocean Energy Management…

On July 8, 2019 US EPA published its rule to replace the 2015 Clean Power Plan, the Affordable Clean Energy…

On 16th February 2017, the Department for Business, Energy and Industrial Strategy has published a policy paper on Renewable Heat…