EPA has issued an Advance Notice of Proposed Rulemaking under Section 8 of the Toxic Substances Control Act (TSCA), requesting comments on the disclosure of chemicals used during fracking.  The action indicates that the agency is moving towards stricter regulation of hydraulic fracturing fluids.  In a move that highlights the state’s displeasure with such a move, the North Carolina legislature is considering a bill that would criminalize the disclosure of chemicals used during fracking.

EPA has issued an Advance Notice of Proposed Rulemaking under Section 8 of TSCA, requesting comments on the information that companies should report or disclose for hydraulic fracturing chemical substances and mixtures.  The action indicates that the agency is moving towards stricter regulation of hydraulic fracturing fluids. 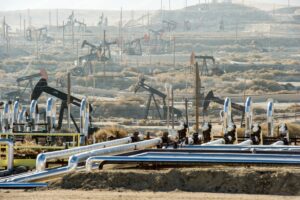 Meanwhile, the North Carolina Senate passed the Energy Modernization Act, proposed legislation that would make it a crime to publicly disclose the secret chemical mixtures that energy companies use when fracking.  The legislation, which would penalize the unauthorized disclosure of the chemicals as a class 1 misdemeanor punishable by either community service or up to 120 days in jail (depending on the offender’s criminal record), now heads to the House.  The Energy Modernization Act would require energy companies to submit a list of the chemicals used to the state geologist, who would maintain the list under lock and key in case of an emergency.  The legislation would exempt the chemical lists form disclosure as a public record.  The bill has a strong likelihood of passing the Republican controlled House of Representative and being signed by Gov. Pat McCrory, a Republican and former Duke Energy executive who is an outspoken supporter of the oil and gas industry.

Industry has praised the legislation, arguing that the disclosure of the chemicals would reveal valuable trade secrets.  Environmentalists worry that restricting the disclosure and green-lighting fracking could lead to groundwater and other environmental contamination.  North Carolina suffered a major coal ash spill earlier this year when a Duke Energy coal ash pond gave way, causing millions of tons of contaminated coal ash-water to spill into the Dan River.

EPA is accepting comments on the proposed rule until August 18, 2014.

As announced in the August 3, 2021 Federal Register, the US Environmental Protection Agency (EPA) intends to revise the Steam…

On June 20, 2017, a notice document issued by the Pipeline and Hazardous Materials Safety Administration (PHMSA) was published in…

Consultation on transposition of the Environmental Impact Assessment Directive: Regulations on Electricity Works (UK) On 16th February 2017, the Department…