Open Consultation on Coal generation: actions to regulate the closure of unabated coal in the years leading up to 2025.

The Department for Business, Energy and Industrial Strategy has published on 9 November 2016 an Open Consultation – Coal generation in Great Britain: The pathway to a low-carbon future. This consultation seeks views on approaches to put into effect the closure of unabated coal power stations by 2025.

This consultation presents how to take action to regulate the closure of unabated coal to provide greater market certainty for investors in the generation capacity that is to replace coal stations as they close, such as new gas generators. It also tests proposals for a constraint on coal generation in the years ahead of that, in order to manage closures in an orderly way. 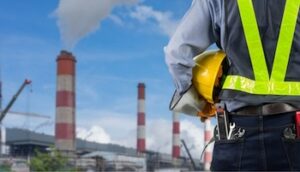 The Coal fired power generation is overvalued relative to other forms of power generation: (i) the externality arising from emissions of carbon dioxide and other harmful pollutants; and (ii) imperfect information leading to investor uncertainty for new build plant.

(i) reduce emissions of carbon dioxide and other harmful pollutants from the UK power sector;

The policy intends to lead to the retirement of unabated coal-fired power plants by the end of 2025, to be replaced by less emission-intensive forms of generation such as gas without risking security of electricity supply.

Subject to stakeholders’ views and any evidence received as part of this consultation, the Government anticipates bringing forward any required legislative changes as soon as the legislative timetable allows.

For more details on the proposed policies refer to the consultation documents.

As announced in the August 3, 2021 Federal Register, the US Environmental Protection Agency (EPA) intends to revise the Steam…

On June 20, 2017, a notice document issued by the Pipeline and Hazardous Materials Safety Administration (PHMSA) was published in…

Consultation on transposition of the Environmental Impact Assessment Directive: Regulations on Electricity Works (UK) On 16th February 2017, the Department…